April 25, 2019
When I was deciding to study music in college, I was met with my fair share of naysayers, doubters, and naive assumptions about a music degree.  I remember a High School peer, who had an engineering degree in his future, asking me "how do you plan on providing for a family?"  Or other people joke, "so you want to be a rock star?"  And then those who were more-so trying to straddle the supportive and the realistic would ask "Oh, you want to be a band director?"

Honestly, I didn't want to be any of those things.  While in college I even had a girlfriend convince me to attempt to start a "backup" minor because to her it seemed "you just like listening to music".  Which was true, I DO love listening to music, but it is also so much more than that.

I went to a conservative university which, for music, is a challenge because of the somewhat dated programming, and overall opinion about modern music and it's related industries.  I powered through, and entered the world with the skills to play the drums/percussion, but not much else. 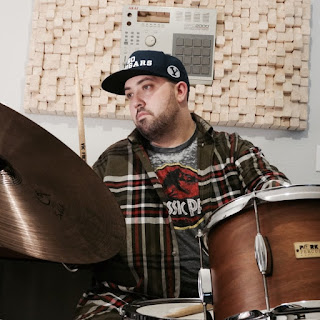 Since then, I have played on warped tour in a rock band, organized block parties, done gigs on international TV, composed music for commercials, recorded and released music on CD, Cassette, Vinyl and streaming, even had some music show up on a Super Bowl commercial (which we didn't know would be there until we were watching the big game.)  Done business with music technology companies out of the UK, Germany, and US.  Recorded voice overs and music for video games, and now own a Music School.

And what I have learned in this eclectic musical journey is that there are so many careers in music that they never tell you about!  And it's not because they're keeping is a secret, it's just that your piano teacher next door has never used Ableton before and they don't realize that the music software comes with factory sounds and instruments that another pianist recorded for them. *some piano teachers use Ableton*


"Make Music Get Money" is about educating the Educators, Parents, Mentors, and Students on many of the opportunities available when pursuing music related careers.  In our interviews we chat with industry professionals who are now working in a music related field, we ask them how they got there, and advice they give for others to follow.